A dedicated and caring group of experts in the field

Sanctuary for Families staff comprise nearly 200 dedicated professionals and support staff, including lawyers, clinicians and policy experts. We speak more than 30 languages and command a diverse array of experience and backgrounds. Above all, we display a deep level of commitment and caring to every client who enters our doors. Prior to joining Sanctuary, Judge Kluger served for 25 years as a judge in New York State, most recently as Chief of Policy and Planning for the court system, a position through which she oversaw New York State’s 300 problem-solving courts. Judge Kluger currently serves on the Mayor’s Advisory Committee on the Judiciary, the Mayor’s Office to End Domestic and Gender-Based Violence (ENDGBV) Advisory Council, and the advisory board of New York Nonprofit Media. She is also a member of the Chief Judge’s Justice Task Force and the Independent Commission on NYC Criminal Justice and Incarceration Reform. Judge Kluger has received many honors and awards including the New York State Bar Association’s 2013 Award for Excellence in Public Service, the New York Women’s Bar Association’s 2019 President’s Special Award, and the Fund for Modern Courts’ 2020 Career Public Service Award.

“I am inspired and energized by our committed, talented and hardworking staff.  I consider myself fortunate to lead this outstanding organization.” Genie L. Colbert joined the Sanctuary staff in 2014 with over 15 years of experience in Human Resources acquired at both for-profit and nonprofit organizations. Her expertise includes compensation and benefits, succession planning, employee relations, professional training and development, wellness initiatives, and project and data management. Prior to joining Sanctuary’s staff, Genie served as a Human Resources Manager at the Natural Resources Defense Council for seven years. Genie holds a Senior Professional Certification from the Society of Human Resources Management (SHRM), an MS in Industrial and Labor Relations degree from Baruch College, and a BA degree in Liberal Arts from the College of New Rochelle.

“I am humbled by the passion and dedication I witness in our staff on a daily basis. The staff inspire me to work harder on their behalf so that they can continue to help those we serve.” 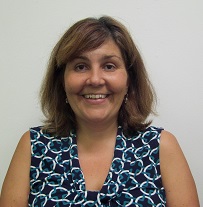 Laura Fernandez provides leadership, management, and strategic direction for all of Sanctuary’s clinical services citywide. She oversees a team of over 90 staff that includes 40 clinicians, along with case managers and support personnel. Laura also serves on the Steering Committee of the Gender Justice Task Force and is a member of the Downstate Crime Victims Coalition. Before coming to Sanctuary in 2015, Laura served as Assistant Executive Director of Programs for Edwin Gould Services. Her expertise on the intersections of domestic violence and child welfare issues led her to serve as an expert witness in the 2004 federal class-action lawsuit Nicolas v. Scoppetta. Laura holds a Bachelor of Arts degree from Tufts University and a Master of Science in Social Work from Columbia University. Sarah E. Hayes joined Sanctuary for Families and the Economic Empowerment Program in 2012. As Deputy Director, Sarah supports clients by working to strengthen their economic and personal self-sufficiency through management of comprehensive workforce development programming. Driven by a passion for supporting clients in helping themselves, she works exclusively on workforce development with survivors of domestic violence and gender-based violence. Before joining Sanctuary, Sarah worked as a counselor at Barrier Free Living’s domestic violence Tier I shelter, where she provided crisis intervention, case management, and other supportive services for her clients. Sarah is a NY State licensed social worker and holds a Masters in Social Work (MSW) from the Silberman School of Social Work (CUNY). 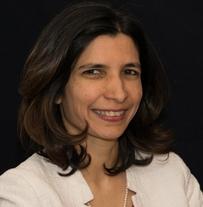 Svati joined Sanctuary for Families in 2021, bringing with her more than 25 years of experience as an attorney and having devoted a significant portion of her legal career to nonprofit organizations. Before joining Sanctuary, Svati served as the Chief Legal Officer at Women’s Refugee Commission. Svati holds a Bachelor’s in Economics from St. Stephen’s College, Delhi, India; an MA in Law from Trinity College, Cambridge, UK; and an LLM focused on International and Corporate Law from the University of Michigan Law School. Tatyana Kopyt joined Sanctuary’s staff in 1997, as an Accountant in the Finance Department and Human Resources Manager.  In 2004 she was named Controller, and in 2009 she became Director of Finance. She provides direction and oversight of financial planning, accounting, budgeting, reporting and ensures the effectiveness of internal control procedures. She holds a BS in Accounting from Brooklyn College, a BA in Mathematics from Polytechnic University in Russia, and a Professional Certification in Non-Profit Accounting.

“Sanctuary is my American dream and a stable home for so many. Every immigrant client reminds me of my own journey and the difficulties I overcame. I am so proud to provide them with support.”

Dorchen Leidholdt has served as Director of Sanctuary’s Legal Center since 1994. Under her leadership, the Legal Center has grown significantly, has greatly strengthened its advocacy efforts, and has spearheaded major state and federal litigation. Dorchen is on the Board of Directors of the Coalition Against Trafficking in Women (CATW), which she helped found in 1988, and serves as a lecturer at the Columbia University School of Law. She holds an MA in English Literature from the University of Virginia, and a JD from the New York University School of Law, where she was a Root-Tilden-Snow Scholar. Prior to joining Sanctuary, Dorchen was a criminal defense attorney at the Legal Aid Society. Linda Lopez started as a staff attorney at Sanctuary’s Legal Center in 1994. In 2006, she was named Deputy Director. Linda is the founder of the Uncontested Divorce Workshop, through which she has trained over 600 students in five New York City law schools to help indigent battered women obtain uncontested divorces. She has also served on the ABA Commission on Domestic and Sexual Violence, New York City Bar Association’s Committee on the Courts, and the New York City Bar Association’s Family Law Committee, and as a judicial screening panelist. A seasoned practitioner of family and matrimonial law with Spanish fluency, Linda earned her law degree from the City University of New York Law School, where she participated in the Battered Women’s Clinic. In 2011 she was awarded the NYC Bar Association Legal Services Award. Lisa Mueller has served as Sanctuary’s Director of Development since September 2005 and assumed responsibility for agency communications in 2007. Lisa also provides oversight for Sanctuary’s volunteer program and in-kind donations and manages Board relations. She has helped to lead various Sanctuary initiatives over the years, including Sanctuary’s multi-year “Invest in our Future” campaign, co-chairing Sanctuary’s Strategic Plan Implementation Steering Committee, and co-chairing the Diversity, Equity, and Inclusion Committee. Under her leadership, Sanctuary’s annual revenue has grown from $10 million in FY 04/05 to $28 million in FY 21/22. Prior to joining Sanctuary’s staff, Lisa was involved for nearly 10 years as a pro bono attorney and member of Sanctuary’s Legal Advisory Council. She previously worked for the international law firm Cleary Gottlieb Steen & Hamilton LLP.  Lisa holds a BA from Yale University and a JD from Northwestern University School of Law.  She was a Fulbright Scholar in Frankfurt, Germany, in 1993.

“Our clients continually move and inspire me, and it is a privilege to help share their courageous stories and inspire others to invest in Sanctuary’s mission.” 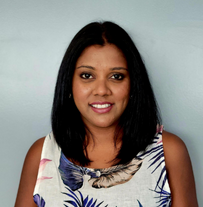 Kameeza Nizam-Chattoo, LCSW, spent her early Social Work career working with children and families in child welfare-funded programs, including foster care, general preventive care, and the Family Assessment Program via Queens Family Court. She joined Sanctuary for Families in 2015 as Borough Supervisor of the Domestic Violence Intervention and Education Program, where she supervised case managers within NYCHA’s Police Service Area with NYPD Domestic Violence Officers. In 2016, Kameeza was promoted to Program Director of Residential Services and assumed oversight of the agency’s crisis shelters. During this time, she spearheaded the implementation of Sanctuary’s new Rapid Rehousing Program to place survivors of abuse into permanent housing. In January of 2022, Kameeza joined Sanctuary’s senior staff as Deputy Director of Residential Services. In this role, she provides direct leadership and guidance to all of Sanctuary’s residential programs, including four crisis shelters, Sarah Burke House — New York City’s second largest transitional shelter — and the Rapid Rehousing Program. Director of the Economic Empowerment Program

Director of the Economic Empowerment Program

Angelo Rivera has 20 years of experience in the workforce development field, designing innovative, highly successful career development programs for hard-to-employ populations. Before joining Sanctuary in 2010, Angelo was Chief Operating Officer of STRIVE International; Director of an NYC WORKS Initiative at the Ridgewood Bushwick Senior Citizens Council; and Director of Career and Educational Services at Circulo Career Services. He has a BA in Government & Politics from University of Maryland and an MA in International Relations from Boston University. Director of Operations and Administration

Director of Operations and Administration

Shelly Rose joined Sanctuary in 2001 with 20 years of experience in non-profit management, program development, operations, and human resources. Shelly was named Director of Operations and Administration in July 2008, after her role expanded to encompass agency-wide oversight of information technology, shelter and office facilities, data management, and program evaluation. Previously, she served as Director of Sanctuary’s Sarah Burke House Shelter. Shelly holds an MSW in social work from Yeshiva University and a certificate in management from Case Western Reserve University.

“Thanks to my background in direct service, I understand the important role that infrastructure plays in ensuring high-quality service delivery and am committed to seeing it through in our results.” Allison Ross, Ph.D., LCSW-R, is the Deputy Clinical Director at Sanctuary for Families. In this role, she oversees the agency’s Non-Residential Program Services for survivors, the African Community Initiative, the South and East Asian Community Initiatives, the Hotline, and the Clinical Administrative Program. As a Clinical Practitioner, Dr. Ross is certified and rostered in Trauma-Focused Cognitive Behaviors Therapy (TF-CBT), Cognitive Processing Therapy (CPT), and Child-Parent Psychotherapy (CPP). Dr. Ross earned her MSW from Columbia University School of Social Work and a Ph.D. in Social Work from Fordham University. She currently serves on the Board of Directors for the New York State Coalition Against Domestic Violence (NYSCADV) and is an adjunct professor at the Columbia University School of Social Work and New York University’s Silver School of Social Work.

“It is an honor to work alongside passionate and talented staff who share my commitment to our clients and to each other. They inspire my dedication to this work, day after day, year after year.”